STOP - BEFORE YOU COMPLETE YOUR ORDER

Get The "Edge" You've Been Looking For With The "Emotional Reader Index" Software  – And Exploit Other Trader's Emotions For Greater Profit!

No Thanks, I Don't Want This Indicator At This One-Time Discount

IF YOU PAID USING PAYPAL USE THE ORDER LINK BELOW

No Thanks, I Don't Want This Indicator At This One-Time Discount

10-DAY MONEY BACK GUARANTEE ON THE "EMOTIONAL READER INDEX" SOFTWARE 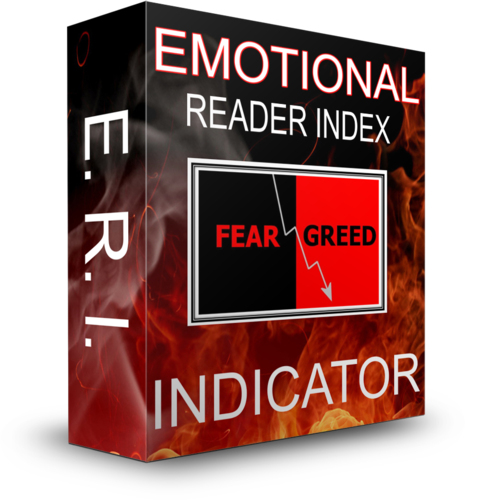 How the "Emotional Reader Index" Software Transforms the Way You Trade

We listened to you!

And by popular demand, we are proud to announce the "Emotional Reader Index" Software.  This software identifies emotions in the markets so that you can quickly exploit other traders fear and greed and make them work to your advantage.

You'll have you finger on the pulse of the markets and the mass psychology of other trader's emotions so that you will know when the market is going to roll over before everyone else does!

Bennett A. McDowell, founder of TradersCoach.com®, began his financial career on Wall Street and later became a Registered Securities Broker and Financial Advisor for Prudential Securities and Morgan Stanley.  As a financial advisor, Bennett’s niche was Active Trading and Investing for a community of high net worth clients using his own proprietary trading system.  This system later became known as the Applied Reality Trading®, or the ART®, system. Bennett brought the ART® software to the public in the year 2003.  Today the ART® system is used in over 75 countries around the world by sophisticated hedge fund managers, individual investors and active traders alike. Since the ART® software was released, McDowell has developed many additional software tools that are also being used worldwide. An expert in technical analysis and complex trading platforms, Bennett speaks at trade shows including the Trader’s Expo and writes articles for many leading trading publications including Technical Analysis of Stocks & Commodities magazine.  Internationally recognized as a leader in trading education, Bennett teaches trading to students worldwide through his company TradersCoach.com®. He is honored to be included as a member of the eSignal Trading with the Masters team and also to present the TradeStation Morning Market Briefing every Wednesday.  In addition, TradersCoach.com®, Applied Reality Trading® and The Traders Assistant® Record Keeping System have received numerous Stocks & Commodities magazine Readers’ Choice Awards. McDowell has written three bestselling books published by John Wiley & Sons: The ART® of Trading, A Trader’s Money Management System and Survival Guide for Traders. His new book Elliott Wave Techniques Simplified was released by McGraw Hill in 2016.

We are right there by your side 24-hours a day and 7-days a week.  Just send an email to our expert support team at [email protected] and you will get answers to your questions on a variety of topics including: computer and platform trouble shooting, answers on how to use your software, guidance on where to find the right videos and training materials, and so much more.

The Platforms That The "Emotional Reader Index" Software Is Compatible With Are:

The "Emotional Reader Index" Software is compatible with and plugs into a variety of charting platforms including:

I want you to see for yourself how easy and POWERFUL my NEW "Emotional Reader Index" Software can be for you.

That means you can order it today at this special pre-release price ... then when it is in your hands on July 31,2018 - use it as much as you want to see how effortlessly it will give you confidence in your trading almost overnight... literally put it through the wringer for a full 10-DAYS. (Your 10-day money back guarantee period is based on calendar days, and begins on July 31, 2018.)

10-DAY MONEY BACK GUARANTEE ON THE "EMOTIONAL READER INDEX" SOFTWARE

For a very limited time, you can get your own LIFETIME License of the "Emotional Reader Index" Software at the special reduced rate of just $518.

This is a 35% savings off the regular Lifetime License rate of $798.

Which means that during this limited-time offer period you'll be getting your Lifetime License to the "Emotional Reader Index" Software for 35% less than the price others will pay for this same powerful tool.

But you must act now to get your massive discount before this limited-time offer disappears.